It is a common misperception that legal action ends when the parties get their court order. Such orders may either by in the form of a consent order, or after a long and hard-fought legal action. In reality, obtaining a court order often is not the end of the matter.

Unsuccessful parties often fail to live up to the terms of the order against them. Worse, some choose to ignore the court’s order.

This can be a source of great frustration for successful parties. After going through all that effort to get an order, many become discouraged at the moment they need to press forward to “finish the job”.

Local governments are no stranger to this problem.

The reality of taking enforcement action is that the targets of enforcement action are often principled and unwilling to concede defeat. Further, they are often disproportionately self-represented, meaning they are far less likely to respect the court process or appreciate the significance of a court ordered injunction.

At the same time, local governments often continue to look to find a workable compromise after court in order to get compliance while limiting legal costs. However, legal costs should not be a concern.

Local governments can use the contempt application process to get compliance, on their terms, and with almost 100% legal cost recovery.

Despite the Court order, the respondent failed to comply and instead requested several extensions from Langford throughout 2015. During that time, the Respondent twice applied for Development Variance Permits to allow her building to remain as it was. After Langford denied the applications, the Respondent took no steps to comply with the Court Order. 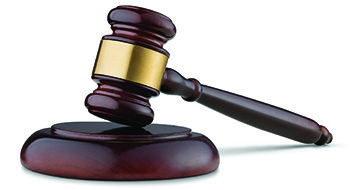 By early 2016, faced with the respondent’s ongoing disregard for the Court’s order, Langford reapplied to Court. In May 2016 Justice Donald found the respondent in contempt, but adjourned the penalty hearing for a later date, but nothing changed by October 2016.

In GovLaw’s argument, we provided evidence showing that virtually no steps had been taken to bring the property into compliance. Justice Donald considered the respondent’s disregard for the Court order over a year and a half to be a significant, aggravating factor, and part of the respondent’s “unrepentant … anti-social behavior” and “disobedience and disdain for the processes of the Court”.

The respondent argued that she was a self-employed seamstress, could not afford to hire help, and was working to comply when she could find the time. Justice Donald did not accept this excuse, stating it was not acceptable for the respondent to treat this “as a slow do-it-yourself project”, rather than the serious issue it was. Justice Donald found the respondent’s attitude was “defiant”, and her attempts at compliance were “grudging, disobliging, tardy, and incomplete”.

What is Contempt of Court?

Contempt is a fairly complex concept, involving both criminal and civil contempt.

This case involves civil contempt. To prove civil contempt, the accusing party must bring an application before the Court with evidence proving three elements beyond a reasonable doubt: 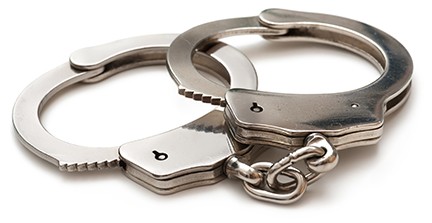 Contempt is considered an offense against the administration of justice, so a finding of contempt usually results in a fine. Nevertheless, it is also possible for jail time to be ordered in certain circumstances. These are in addition to, and not a substitute for, compliance with the Court order. If the non-compliance continues, the Court may order larger fines, or even jail time, until the non-compliance ends.

How Can Local Governments Use Contempt?

Local governments should view contempt as a final conclusion to get compliance from those stubborn respondents who remain non-compliant despite a court order.

Contempt is a last resort, not a first resort.

In order to bring an application for contempt, there first must be a court order that requires someone to do something or prohibits them from doing something.

Local governments usually obtain these kinds of orders when they negotiate a consent order, or after bringing civil enforcement proceedings. Contempt only becomes an option when non-compliance continues after a court order.

However, the rules governing contempt require strict compliance with a variety of legal, evidentiary, and procedural rules.

For this reason, we strongly recommend that local governments work closely with their legal counsel throughout the compliance process. This includes drafting the terms of an order sought, assembling evidence of non-compliance, and taking other related steps, to ensure that an application for contempt does not fail for technical reasons.

Do We Have to Pursue Contempt Right Away?

No! In fact, it can be helpful if you don’t.

We understand that local governments are concerned with getting to compliance. Contempt is just one tool to get there. If a court order results in negotiations leading to compliance, then the Order has done its job.

Once the Court has made its order, there is no requirement to come to an alternative solution. Until the order is varied, it is effective and enforceable, even if the local government does not take steps to enforce it immediately. Supreme Court Orders do not expire with old age!

If negotiations do not succeed, local governments still have the option of pursuing contempt, just like our Langford case. Generally, the Court will appreciate the attempt to get to compliance without running back to Court and will not fault the local government if that becomes necessary later on.

Who Gets the Fine?

Unfortunately, local governments do not get the fines for contempt, even if they are the ones bringing the contempt application.

This is because the law considers contempt to be an offense against the administration of justice generally. Although fines may sometimes be awarded to charities, generally fines for contempt are payable to the Province, which funds the courts. This is what Justice Donald ordered, despite our comprehensive argument that Langford should recover these fines in its unique situation. In the future, the UBCM may want to consider proposing and lobbying for an amendment to the Community Charter to allow local governments to recover fines for contempt in enforcement actions.

There is a silver lining: even if local governments aren’t entitled to fines for successful contempt proceedings, they are ordinarily entitled to recover their actual legal fees from the party in contempt. This is a rare and powerful tool that should make contempt a very appealing option for local governments.

Ordinarily, the Rules limit parties to recovering only part of their legal fees. Recovering actual legal fees, or “special costs”, is restricted to extraordinary circumstances where the other party has misbehaved significantly.

Contempt proceedings are unique in this way: contempt involves the breach of a court order, which is almost always considered a significant misbehavior, so the default rule is that a party in contempt must also pay the “special costs” (actual legal fees) of the contempt proceedings.

Local governments should remember this rule.  We understand that by the time contempt proceedings become an option, local governments have spent significant time and money and may be reluctant to do more. However, local governments need to remember that once they get their court order, they are entitled to see it obeyed without further expense. If local governments are put to the trouble of making a contempt application, they can expect that the party in breach will ultimately be responsible for those legal costs.

Contempt is a very powerful tool for local governments seeking compliance with a court order. It is the ultimate “hammer.”