The City of Toronto recently made the news, this time for all the wrong reasons.

A small park in Etobicoke had a “shortcut” with a slope where people had fallen. The city proposed installing a small flight of eight stairs to eliminate this risk. The City estimated these stairs would cost between $65,000 to $150,000, with construction requiring several months to complete.

A retired tradesman took matters into his own hands, collected donations from neighbours, and hired a homeless person to help him. After one day, he had installed the stairs for a total cost of $550.

For his trouble, this retired senior citizen risked legal action, and bylaw officers barricaded and dismantled the staircase on the grounds that it was unsafe.

To be fair to the City, there were safety issues: the stairs were uneven and not built on a foundation. However, even Toronto’s Mayor admitted that the City’s six-figure estimate for a properly-built staircase was “completely out of whack with reality” – not quite a ringing endorsement of the City’s process!

After a few days of bad press, three city workers built fully-compliant stairs for about $10,000. There was little explanation as to why the original estimate would have cost fifteen times more. 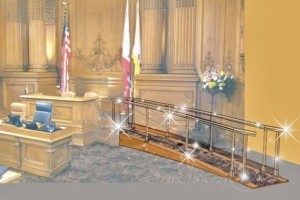 In another case, San Francisco made the news a few years ago for spending almost $700,000 US to build a wheelchair ramp at San Francisco City Hall. For that price, they could have bought a small house with money left over to furnish it! Astoundingly, the City considered the ramp a financial success as they originally budgeted $1.1 million to build it!

Although each case is unique and dependent on its own facts, one commonality is a broken tender process. Therefore, some solutions are to:

1. Get Comfortable with Outsourcing

There are always situations where it makes more sense to outsource projects, products or services. The private sector often offers services that are quicker and less costly.

2. Don’t Buy the Cadillac When the Chevy Will Do

Always ask: What does your department actually need? What requirements will meet those needs? Are all these requirements necessary or are they “extras”?

This is not a criticism of preserving a City’s historic character or historic buildings, which are part of any city’s charm. However, this is an example where the City paid a far higher price because it prioritized what it wanted over what it needed.

Before starting any tender process, think twice about the parameters for any valid bid. Are the requirements critical, or could they be flexible?

Remember, bid parameters can be set to “nudge” the result in a particular direction and this adds costs.

For example, imagine a local government soliciting bids for a new fleet of work trucks for its public works division. Bid parameters “requiring” trucks with a specific size and horsepower will result in a specific price range.

A small difference in horsepower or size may result in excluding models with a significantly lower price, even if those models would be able to do the job just as well. In other words, bid parameters may have been set to exclude many other options that might satisfy the local government’s actual needs for a lower cost.

Local governments are tasked with more responsibility and costs every year, without new funding or revenue tools. Thus, spend every dollar wisely with a smarter tendering process will help add to the bottom line.

“If You Want Something Done Right, Do It Yourself” – A Plug for Remedial...
Scroll to top