A rethinking of law enforcement has resulted from the use of force protests in the United States combined with concerns for community safety during the recent BC election.  Fortunately, the Province can modernize and update law enforcement without creating more bureaucracy and with minimal cost to the taxpayer.  This requires an approach emphasizing regulatory enforcement that is kinder, safer and effectively gets results.

The law covers a wide range of offences.  There are minor regulatory offences like parking tickets, at-large dogs or smoking in parks.  Criminal offences, like violent crimes under Canada’s Criminal Code need to be enforced by municipal police or the RCMP.  In the middle are regulatory offences which are routinely enforced by bylaw enforcement officers (”BEOs”) employed by local governments throughout British Columbia.

The Province has recognized the experience of BEOs in dealing with complex and diverse laws.  During the COVID-19 pandemic, the Province expanded BEO authority through Ministerial Orders related to health and consumer protection.

Regulatory law includes enactments, orders, bylaws, and resolutions from local governments, health authorities, provincial ministries and other public bodies.  Breaches of regulatory laws are offences which may escalate to criminal offences.  These offences can be committed by individuals, property owners, or businesses.

Regulatory enforcement allows the police to focus on serious crimes while BEOs target the “B” team.  The extra support provided to police with more “boots on the ground” would reduce the strain on already stressed police departments and other public authorities.  More importantly, the annual cost of a BEO is typically half that of a fully-trained police officer – $90,000 vs. $185,000.

A Case in Point 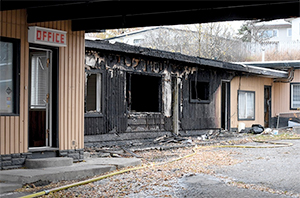 The City of Prince George used bylaw regulatory enforcement in conjunction with the RCMP to effectively reduce crime. The City suspended business licenses of multiple motels, inns, and rooming houses whose poor management and clientele increased crime. As one RCMP officer noted, “these [motels] were one-stop shopping for all your criminal needs”. While police and other public authorities had many concerns with these motels, they worked in isolated “silos” with limited compliance tools.

BEOs at the City coordinated a team approach using “administrative” regulatory powers to suspend the business license, effectively shutting down the motels.  The City’s regulatory authority from a municipal Council was faster, cheaper and a more effective result than the Courts.

To enhance community safety, BEOs should obtain clear authority and expanded jurisdiction.  For instance, the Provincial Court held that BEOs were “peace officers” in decisions like Turkko and Woodward.  However, provincial legislators have not yet codified this with amended legislation.  This leads to difficulty in compliance if and when BEOs are not taken seriously.

The Province can update and modernize law enforcement options by:

Regulatory enforcement encourages cooperation, coordination and collaboration among law enforcement agencies.  BEOs provide a kinder, safer but effective law enforcement option.  Provincial leaders should recognize the use of force protests and concerns for community safety for what they are:  an opportunity to modernize and update law enforcement in BC.